So far we’ve seen 2 big additions to the rig for the first few shows of the tour: (1) Trey has had a Fender Stratocaster on stage, and (2) Trey is using a pair of Marshall JTM45HW heads.  The rig appears to be largely consistent with Summer 2016 otherwise, with some slight tweaks that I get into below.

Guitars: ’96 Koa (Koa #1), Blonde No. 2, Fender Stratocaster, Blonde No. 1 (although all these guitars were onstage, it appears as if Koa #1 was the only guitar played on this tour).

Rack Pedals:
•  2 x TS-9 (both Analogman);
•  Way Huge Supa Puss;
•  Shin-ei Uni-Vibe;
•  H&K Tube Factor.
•  Alesis Microverb.
(Note: as confirmed by interviews, both TS-9’s are by Analogman; the black strip is on the outer TS-9 is velcro for when weather protection is required).

Below is a pretty comprehensive shot of the rig in Alpharetta, 10-22-16.  Note 2 Marshalls and no Deluxe Reverb.  Otherwise the rack, rack pedals, and floor pedals appear largely unchanged from Summer and Dick’s/LOCK’N.  The Voodoo Lab Amp Selector is not in place. 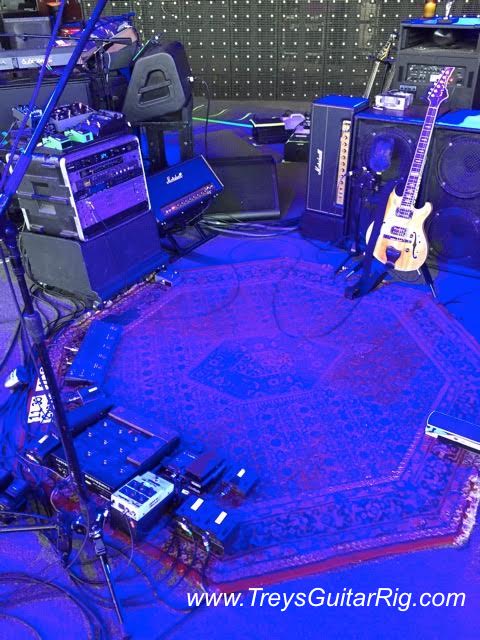 Below, a close-up of the rack and rack pedals from 10-22-16.  The black stickers coincide with corresponding send/return channels on the CAE  (see signal chain below).  You can see the Ross Compressor on the floor.  The H&K has it’s own loop, and is used as a distortion pedal, just like the Tube Screamers, and is not, as previously suspected, just there to “warm-up” the Uni-Vibe or the delays. 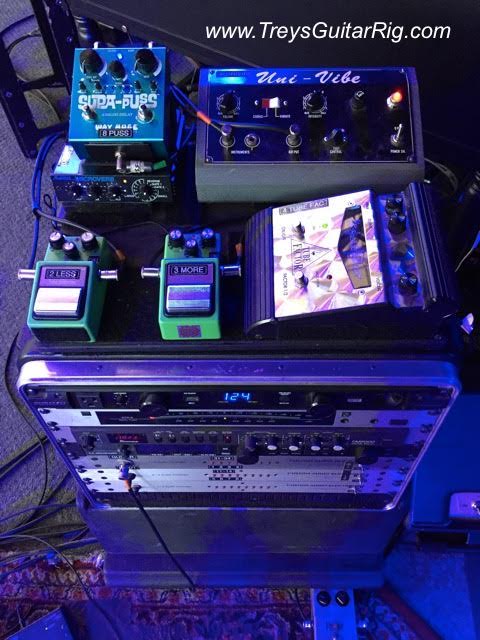 Based on research and interviews, the signal chain is as follows:

The FS-5 switches have the following functions:

Below is a shot of the Stratocaster that surfaced on the web as tour began:  From left: Ocedoc, Koa #2, Blonde #1, Blonde #2, Koa #1, the new Stratocaster, and then Mike’s basses.  For more on Trey’s guitars, see here.

Next, a (grainy) shot of the Strat grabbed from the webcast as Trey and Page were leaving the stage in Jacksonville. 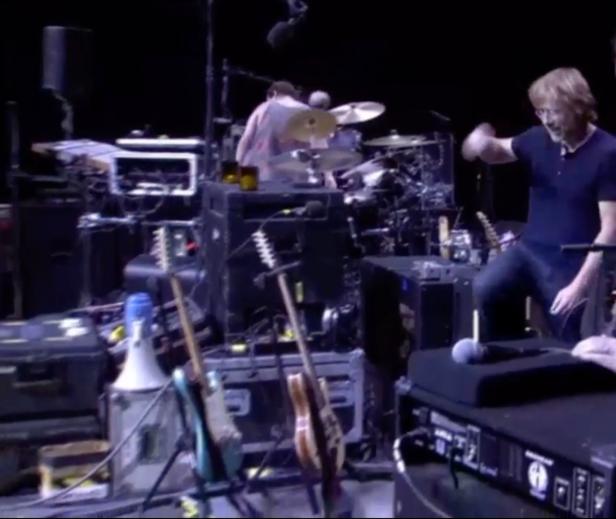 Below is a great shot of the Marshall head, a handwired 30-watt reissue JTM45HW (we at TGR originally thought it was a Superlead).  The vintage Marshall JTM 45 was similar to a Fender Bassman.  They had a blockier logo and 6 knobs rather than 8.  That amplifier was re-issued with a “MKII” logo on the left side, rather than “JTM,” which can clearly be made out on the amplifier below. 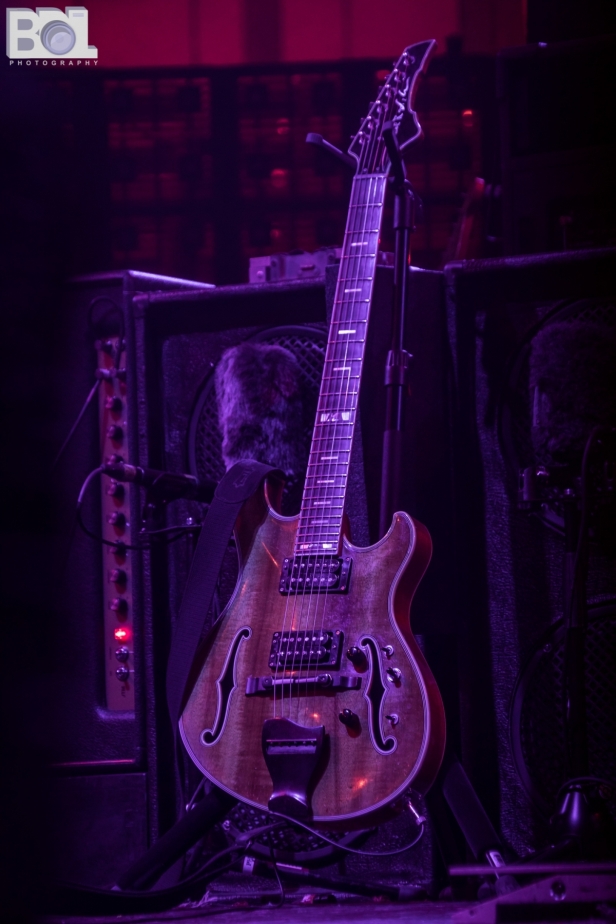 Mike Piera said that in “mid-2016” Trey picked up a few four-knob CompROSSers when he modded Trey’s Supa-Puss.  We still saw the vintage Ross Compressor on stage during Summer and Dick’s/LOCK’N, and it continues to be in place today, as you can see below (it’s in the bottom right corner, next to the Voodoo Lab Amp Selector).

Below is a shot of the rig from Charleston, a bit distorted as it’s pulled from a fisheye shot.  The Deluxe Reverb is in place. 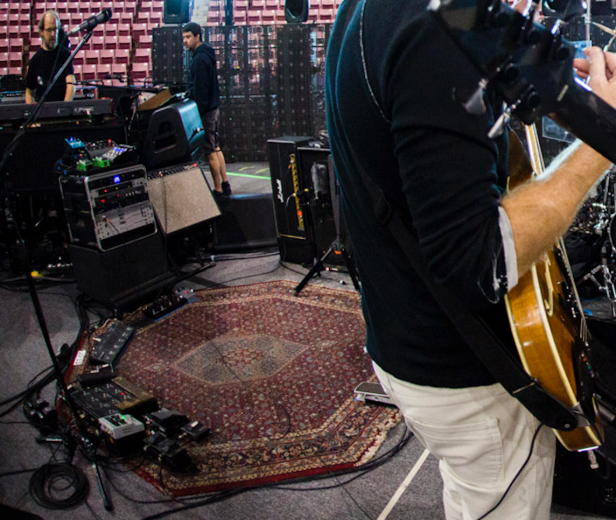 During Bob Weir’s guest appearance with the band at the Ascend Amphitheater in Nashville, Bob used Trey’s Deluxe Reverb and Trey used two Marshall JTM45HW heads and no Deluxe Reverb.  In the first shot below, you can see the 2nd Marshall head where the DR would normally sit, and in the second, Bob with Trey’s DR at his feet. Below is Trey playing Koa #1 at North Charleston Coliseum on 10-14-2016, courtesy of their instagram feed.

Leave a Reply to Justin B. Cancel reply