Trey kept it simple for his appearance with the NSO at the Kennedy Center in Washington, DC.  The electric is his less-commonly seen ’99 Koa Languedoc (distinguished from the ’96 by the more prominent flame), his signature Martin Dreadnaught, the Swart 6v6SE (a 5-watt, Class A tube amp made by Michael Swart in NC), a Boss TU-2, his 2 TS-9s, the Ross Compressor, and the Whammy II. 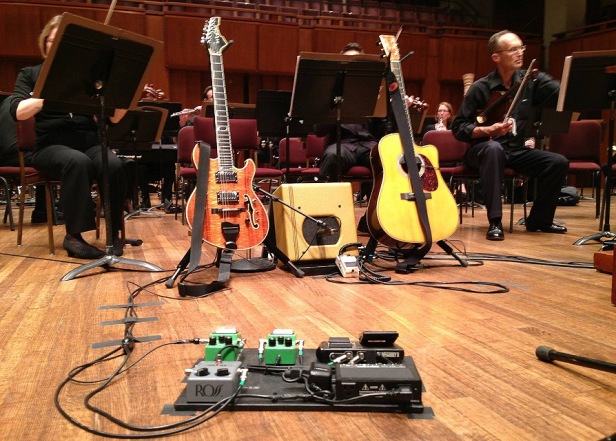 2 thoughts on “2013 May with National Symphony Orchestra”